Everything has been recorded, except for those last few vocal re-do’s that I know are inevitable. The mixing stage has begun. It’s a weeknight and I have gone up to bed earlier than my husband Andrew, which never happens. I am listening to the first mixes from Dean on my super sounding Bose Soundlink speaker. When Andrew comes in, he catches the last part of one of the songs. I want him to say how great it sounds (of course), but instead I see a confused look on his face.

My very concentrated face while listening and making mixing notes

“It sounds different” he says, “What happened to the other version?” Andrew has heard the songs from their inception, just me singing them on guitar or piano. He has heard early demo versions, and he has heard the songs as they’ve been recorded and with parts and musicians added the way. He has grown attached to one ‘edition’ of the song, somewhere along its journey to completion. We’re both tired and I am feeling particularly sensitive, so this reaction sends me into a teeny tiny rage.

Mixing is where all of the parts that have been recorded are blended and placed, creating a cohesive song. It’s a mountain of a job, and takes a great deal of patience and an incredible ear. The songs have upwards of 30 different tracks, with vocal harmonies, keyboards, guitars, strings and percussion to name a few.  Mixing is the reason you don’t usually listen to a song on the radio and say “Gee, that horn part is way too loud,” or “That lead guitar is sticking out like a sore thumb.” A good mix means you are experiencing the song as the sum of its parts and none of its parts are out of whack.

A few weeks later, Dean is done mixing and ready for my notes. I have to listen to the songs on headphones, in my car, on my monitor’s computer, and on my iPhone. My biggest challenge is how self conscious and critical I am of my lead vocal. I have to try really hard to let that go and listen to everything else that’s going on.

My first round of mixing notes

During one of my listening sessions, sitting in my favourite rocking chair in our sunroom, Andrew is within earshot at the kitchen table. After all 10 songs he says: “Yeah babe, it sounds really good, nothing jumping out at me at all. It just sounds like an album.” From my understated husband, this is as good as I’m going to get and I realize my earlier mistake: Never show your mixes to your non-musician spouse until it’s finished! Have a listen to this clip of one of the songs which had a total of 58 tracks!! 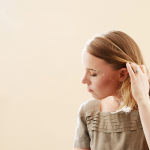